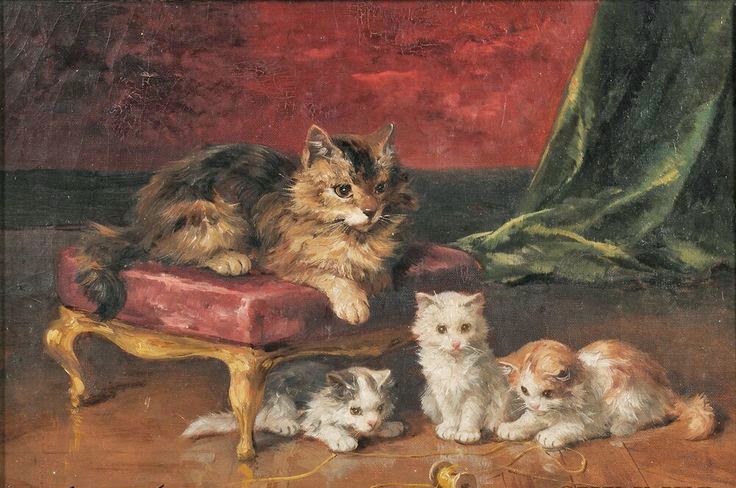 In an old log cabin on a hard dirt floor, three little kittens were born in Virginia near the end of the Civil War.  For the first three weeks of their lives, the kittens’ mother never left their side. She purred as they gently kneaded her belly while drinking her milk through the long winter nights. And she lovingly cleaned them, one by one, licking each little kitten with her rough pink tongue. When the kittens finally opened their eyes and learned how to walk, they happily scampered about outside. Then one morning when they were out exploring in the forest, came the strange and distant sound of men shouting. Louder and louder the sound grew until suddenly three loud booms -- BOOM! BOOM! BOOM! -- rang out in rapid succession.

Frightened and confused, the kittens dashed away from their mother and ran into the cabin. 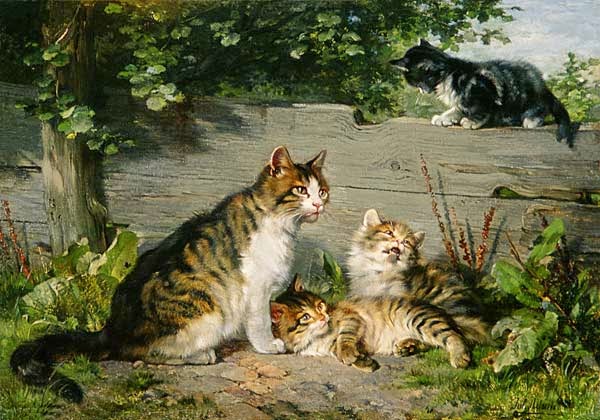 The terrible sounds of guns firing and cannons blasting and men shouting lasted until sun down, and then the whole forest was very quiet again.   All through the night, the kittens waited anxiously for their mother to arrive... 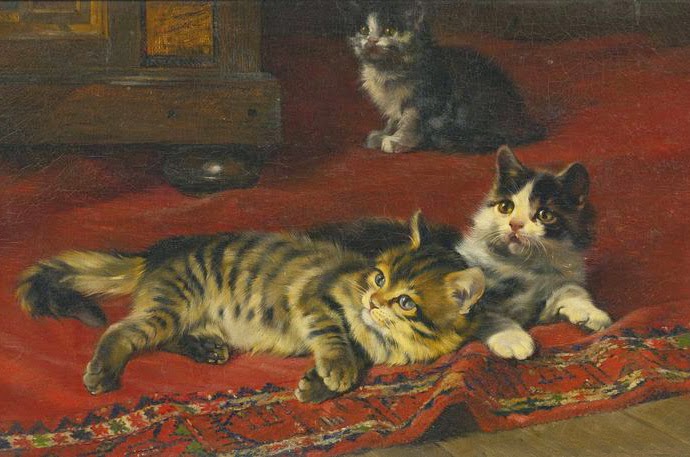 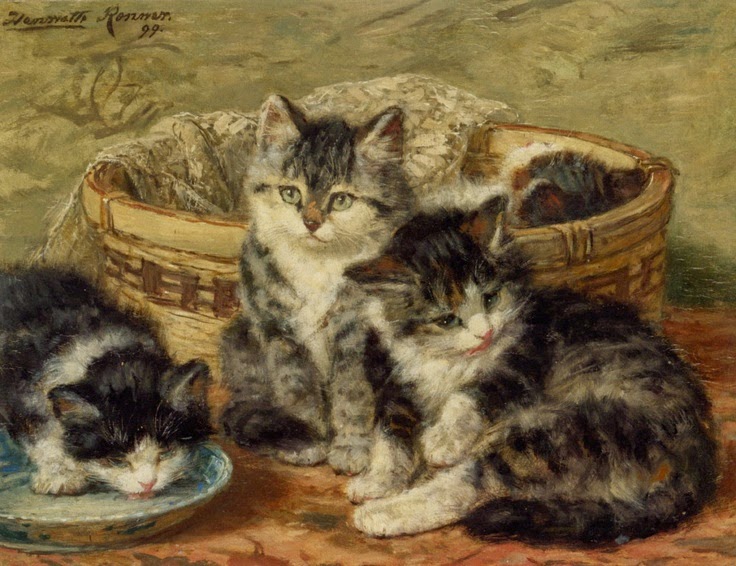 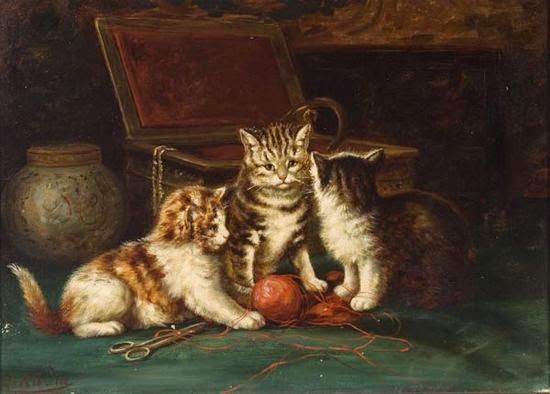 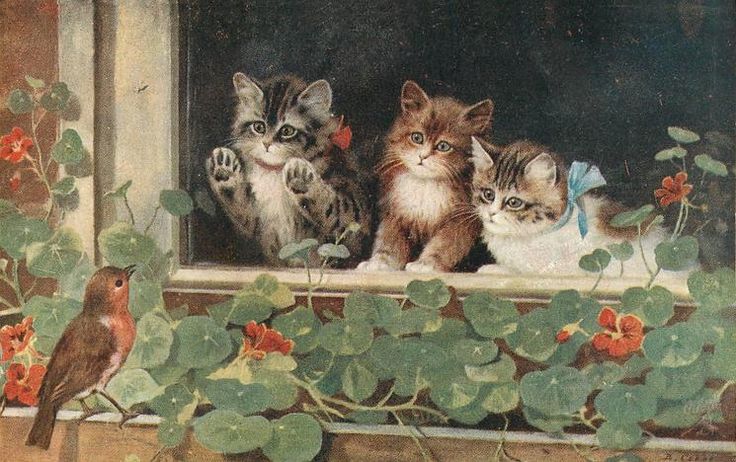 But she never did. And so when the day's first rays of sunlight began to brighten the forest, the kittens ventured into the forest and went in search of their mother... 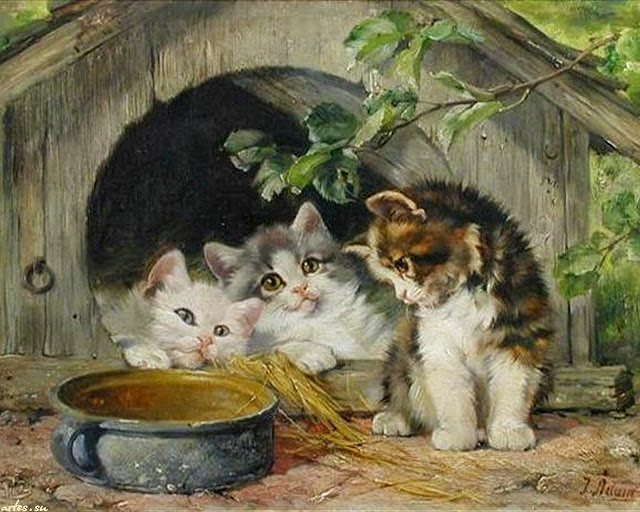 On and on they walked, past masses of men in blue and gray and butternut, lying huddled and still on the battlefield.  Only for a moment did the kittens stop to offer company and comfort to a little red-headed boy, who was lying on the ground, whispering, “Mother, mother.”  When the boy finally closed his eyes and fell silent, the kittens thought again of their own mother and continued on their journey.  For miles and miles they walked, over blinding white piles of frozen ice and snow...by dark windowless shops and scorched cotton crop...and past dozens of deserted mansions and plantations. 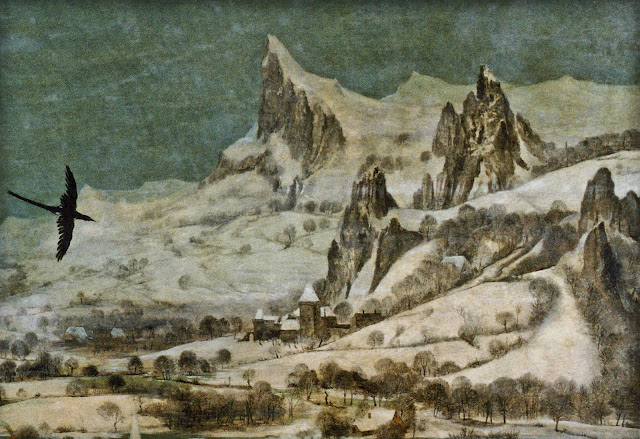 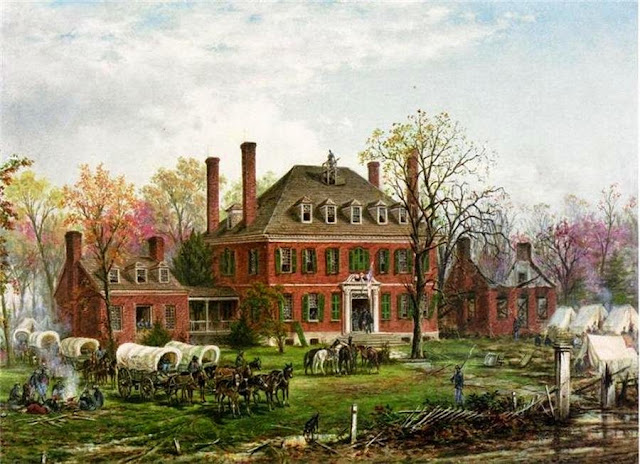 Lured by memories of the sweet milky scent of their mother, the kittens scampered past shattered railroad tracks...abandoned logging camps.... and scores of old farmhouses, where mothers with weary faces waited anxiously for their husbands and young sons to return home from war. Early in the mornings and late at night, the kittens would go hunting for rats and mice. But it was still wintertime and food was very difficult to find. 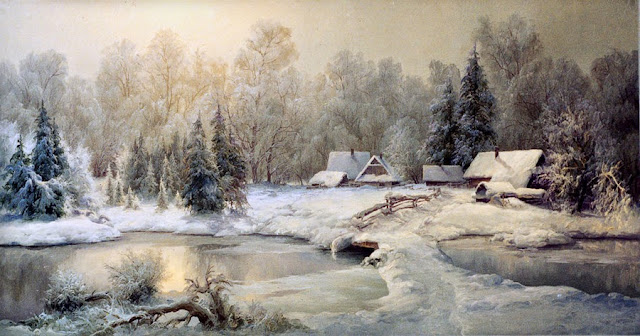 The rest of the time the kittens had to hide from big black mother bears with their hungry bear cubs... packs of cunning gray wolves and red foxes....and other wild animals that lived in the forest. 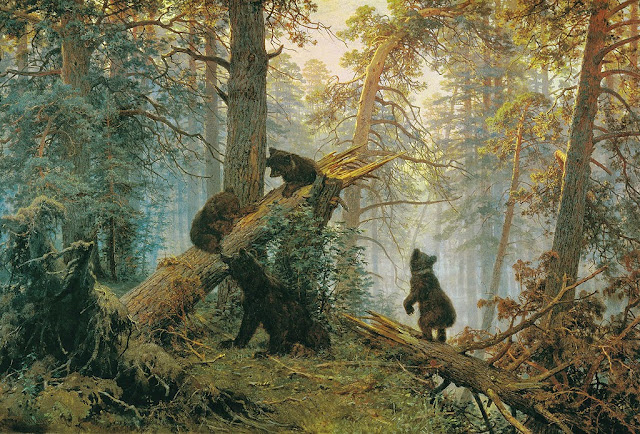 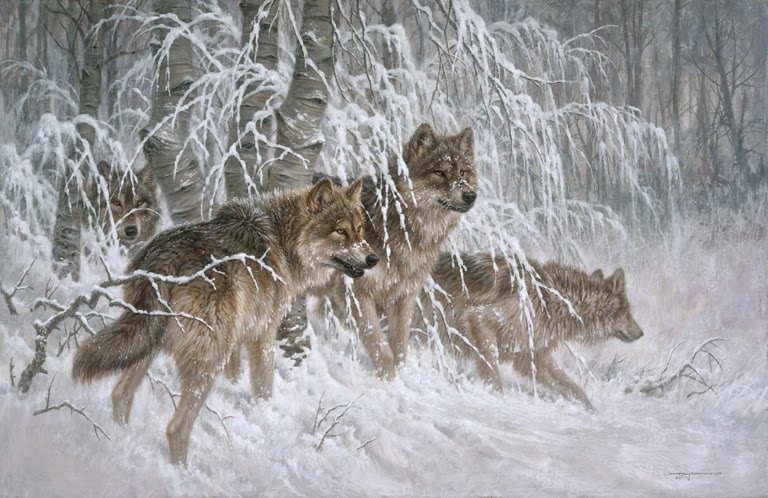 When at last that long winter finally turned into spring, the kittens had grown very thin and tired, but still they kept walking on... along crumbling old roads and broken cobblestone bridges...past masses of brave blue-and gray uniformed soldiers and newly freed black slaves...past abandoned campsites and battlefields with tattered white flags flapping sadly in the wind. 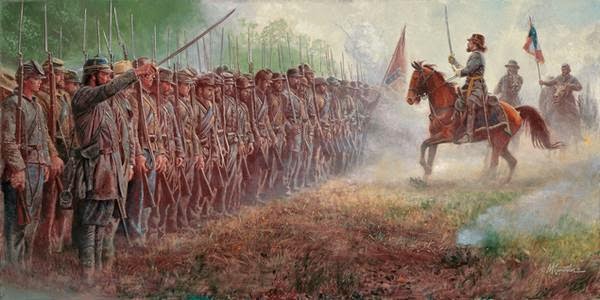 Then one late March day when the kittens stopped to take a drink from a glittering river, they saw a majestic white ship sail slowly past them. 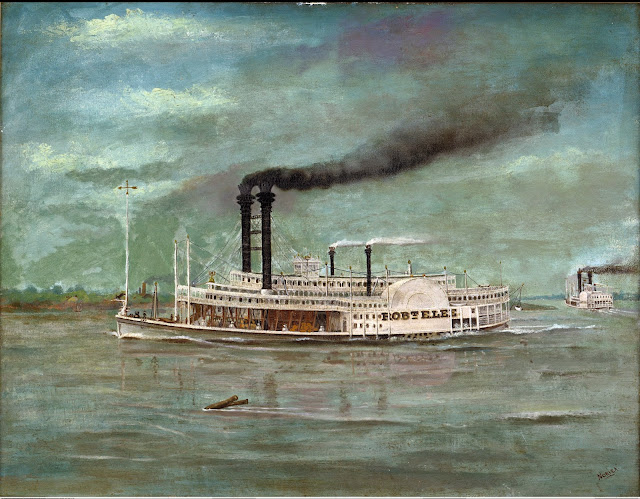 On the top deck gazing off at the horizon was a tall bearded man with a black stovepipe hat pushed back on his head. Following the strong scent of fried fish that suddenly rose up in the wind, the kittens dashed past the ship toward a campsite.  Faster and faster they ran, scrambling up steep muddy embankments and straight into a big tent, where they cried out loudly -- MEW! MEW! MEW! -- for food.   “They must be strays,” said a man in a blue jacket,  then tossed them  three big scraps of fried fish.    MEW! MEW! MEW! the kittens cried with delight.  And when they had licked up  every last bit, they  curled up in a warm corner of the tent, then closed their eyes  and dreamed sweet happy dreams  of their mother. 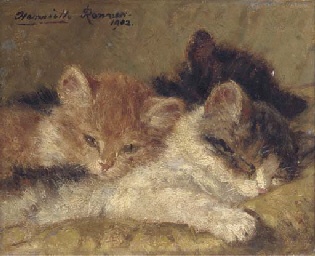 At dawn the kittens awoke to the low hushed tones of two men quietly talking. One was the tall bearded man they had seen on the ship. It was Abraham Lincoln, and he was speaking with  General Ulysses S. Grant  about their plans  to peacefully end the Civil War. 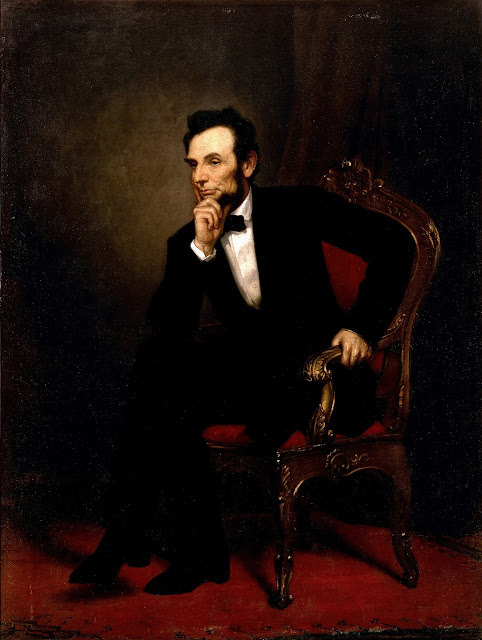 But the kittens didn't know this,and suddenly remembering their delicious fish dinner, they began meowing loudly again MEW! MEW! MEW! for more food. Their cries caught the attention of President Lincoln, who picked up the littlest kitten and asked, “Where is your mother?”  “I don’t think they have a mother,” replied the man in the blue jacket.   Then gathering the two other  little kittens in his hands,  Abraham gently put them on his lap, slowly stroked their soft fur and said, “Kitties, thank God  you are cats and can’t understand this terrible strife that is going on.” But the kittens just kept crying MEW! MEW! MEW! for more food. “Poor little creatures,” Lincoln sighed. “Don’t cry.  You’ll be taken good care of here.”  Then he turned to the man in the blue jacket  and said, “I hope you will see  that these creatures are given plenty of milk and are treated kindly.” The man nodded and promised that he would tell the cook to take good care of them.  And when the men’s words  turned to war again, Abraham wiped the kittens’ eyes  tenderly with his handkerchief, continued stroking their soft fur and listened to them purring their gratitude to him.